New Zealander Joel LeBlanc suffered from anxiety until he learned to practice self Reiki as a teen. I asked him to share his story with you.

Reiki Practice and Recovery from Anxiety
by Joel LeBlanc 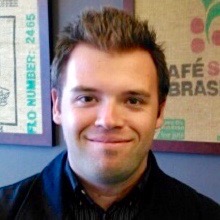 Like most teenagers, I was a bit of a miserable sod at times. I felt my emotions deeply, and experienced severe anxiety and tension. I didn’t realize it at the time, but looking back, I suspect the low mood I was so prone to was probably depression.

I can’t remember exactly why I sought out Reiki, except that when I was 17 someone I knew and trusted told me about it, and said I should try it. So I thought, “Yeah, OK.”

Although I was certain there would be no one in my small town practicing something like that, I checked the newspaper. Sure enough, someone was advertising both Reiki treatments and courses. I couldn’t believe my luck! I guess my home-town wasn’t so small and behind-the-times after all.

I rang the number, spoke very briefly to a woman, who booked me in for an appointment later that same week.

There was nothing terribly exceptional about the Reiki session itself, and I can’t recall if I was aware of much happening during it. But afterwards, and for much of the rest of that day and the next day, my anxiety and tension were gone.

For the first time in many years, the white noise of emotion and adrenaline had vanished.

I had forgotten how it felt to not be anxious every moment of every day.

Eventually over the next few days, the residual peace of my Reiki treatment melted away. The stress and low moods crept back in. But that was OK, because now I knew that there was something profound about Reiki practice, and it could help me.

Reiki wasn’t a magic bullet, and there would be many moments when anxiety and stress would appear again in my life.

But slowly over months and years of daily self-treatment, these problems lost their grip on me, and became occasional relapses into melancholy – often quickly remedied by more Reiki treatments, good food, sleep, and nature.

Today I am a naturopath, medical herbalist, and Reiki teacher, and I run a full-time private practice guiding other people back to their own balance and well-being. Reiki was the first step on my own healing journey – a fact for which I will be forever grateful.

You can learn to practice Reiki.