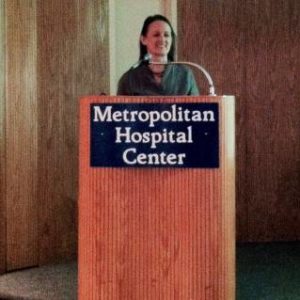 Does it seem unlikely to see Reiki, science and the media grouped together? Perhaps you find it hard enough to speak about Reiki practice to your (literally) uninitiated friends, never mind scientists and journalists.

Caught up in Reiki enthusiasm, a practitioner can easily wind up looking ungrounded, and portray Reiki practice as a bit out there and…well, unscientific. You might be surprised to learn scientists also struggle to share their work accurately, often for similar reasons.

Getting Reiki science to the media

Of course not all scientists and Reiki practitioners are allowed to speak to the media. Many scientists work for institutions, which carries prestige, but really cramps communication.

Institutions know how easily media coverage can go awry, and often forbid their staff from speaking publicly, preferring to leave the messy job of communication to their public relations specialists. My conversations with hospital Reiki masters are often off the record because they haven’t been cleared to speak publicly, lest their words reflect badly on their employer.

When scientists are free to speak on the record, they do so with great care. They are, after all, scientists, and Precision is their middle name.

Having been so deliberate in their choice of words, scientists are often horrified by what gets published. Carefully chosen words can be misquoted or taken out of context by even a conscientious journalist who of course doesn’t understand the topic as thoroughly as the scientist being interviewed.

That’s not to mention media simply looking for shock headlines, more interested in getting the story than in getting it right.

In so many ways, media exposure can make dedicated scientists look foolish to their colleagues.

Part of the problem is that science-speak is too precise for mass consumption; nuances critical in science are meaningless to the public and easily lost in translation.

Reiki practitioners are rarely as precise as scientists, but like scientists, they tend toward a peculiar use of language, one that is foreign to the masses and unwittingly invites misunderstanding. Thus many public depictions of Reiki healing are enough to make a credible practitioner’s skin crawl.

To be fair, even reputable media can make mistakes regarding Reiki practice, especially with so much sketchy Reiki information floating around.

But some media outlets don’t bother to fact check. Talk has always been cheap, but with the new online media, it’s now cheap to publish, and we can no longer count on accuracy being a writer’s top priority.

Popular articles about medical research can be so skewed toward the sensational that I’ve read halfway through an article before recognizing the study being discussed was one I know well. The writer had either totally missed the point or decided the facts didn’t make a good headline.

Want to get credible Reiki information to the public? Here are 9 tips to keep in mind when approaching the media, or any time you’re communicating about Reiki:

Easy enough. Now get out there and do it! We need more non-sensational, matter-of-fact Reiki coverage in the media. Every clear communication you produce — a public event, a poster, a flyer, an article, or your website — makes it possible for more people to see Reiki as an option in their lives.

4 thoughts on “Reiki, Science & the Media”

Reiki: It's Not What You Think