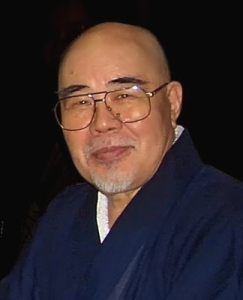 While contemplating how to engage the community in a productive conversation about Reiki healing and money, I thought to discuss the subject with Hyakuten Inamoto, an internationally respected Reiki master who has been an ordained, unaffiliated Buddhist monk for more than 40 years.

Reiki and Money:
A Conversation with Hyakuten Inamoto

Pamela Miles: Western Reiki practitioners often have discomfort and misunderstanding about money and spiritual practice. Please speak to us about the value of money.

Hyakuten Inamoto: Money is beyond good or bad, it is neutral. The question is how we use it. It is okay to make a lot of money.

If we use money not only for our own interest, but for the good of people, for sharing, then money becomes good money.

If we use it only for our own interest, then money is not good. My personal view is that it’s ok for us to make money. We don’t have to feel guilty.

PM: As a Japanese native residing in Kyoto, you are able to do original research into the history of Reiki practice. Please tell us about the fee structure in Usui’s time and Hayashi’s time.

HI: At the time of Usui-sensei and Hayashi sensei, it cost a lot of money to become a Reiki practitioner. Only wealthy people could afford to become First and Second degree practitioners.

The Gakkai is a membership association; in order to learn Reiki practice with the Gakkai, you need to become a member.

PM: Why did Usui and Hayashi charge such fees?

I asked my teacher, Mrs. Yamaguchi, “What could you do with 500 yen?” She said you could buy a small house.

My understanding is that Mrs. Takata followed the traditional Japanese way of high fees and mostly oral teaching.

PM: Where did you get that information?

HI: I gathered that information from several Gakkai members, including Hiroshi Doi.

On Mount Kurama, in March 1922, Usui sensei attained enlightenment. He then returned to Tokyo, and in April, Usui opened the Gakkai.

Usui said, no one taught me this and I didn’t study to obtain this ability; I accidentally realized I was given this mystical ability to heal, not before Mt. Kurama, but after.

Then Usui started teaching and giving healing in his dojo. There was no set fee for receiving treatment.

Usui became well known for hands-on healing. He was not the only person who offered hand energy healing but he became very well known.

People in other areas invited him to come teach and he was on the road many times because he wanted to share this gift with as many people as possible.

In a way, perhaps he worked too hard, and passed away in Hiroshima area while traveling.

We don’t know how he charged but he always traveled to naval bases because the imperial navy of Japan was supporting Usui Reiki Ryoho.

PM: Please speak about the Japanese cultural perspective on money and spirituality.

HI: I don’t know about Usui sensei’s viewpoint on money, but to Japanese people in general, there is something kind of negative around money. In Japan, you don’t talk about money face to face. It’s considered rude to talk directly about money.

Of course everyone knows there is money, but you don’t talk about it openly. There is a cultural reluctance to speak about money openly because Japanese culture sees money as kind of dirty. It might be a feeling something like money is the root of all evil.

Personally I don’t agree that money is root of all evil. Money is neutral, not good or bad. It all depends on how we use money, and on the situation.

PM: Is it accurate to say that Japanese people do not have an expectation that spiritual training should be free?

HI: I personally do not think that training should be free. Free is not good. If we get something for free, we don’t appreciate it very much.

It is not so much a question of the amount of money, but if we pay some money for something, it is a gesture of appreciation for what we receive.

My personal feeling is, no fee, no charge, no good. I don’t agree with that approach.

Basically, I charge a fee for treatment but it also depends on the situation. If a person has no money, is very poor, I offer my Reiki healing as my blessing, my donation, my contribution.

When it comes to classes, of course I charge a fee. I will not train someone to practice Reiki without a fee. Maybe a student cannot afford to pay in full; maybe he can afford only 10%. I might say okay.

To me, paying some fee is a gesture of appreciation. If you can afford the usual fee, it’s not the amount of money, it’s your appreciation. But never totally free, especially not for Reiki classes.

PM: Am I correct in understanding that you draw a distinction between fees for treatment and for training?

HI: Yes, I have a different feeling about the importance of charging for Reiki training than Reiki treatment.

Spiritual teachings are available in Japan both for free or for fee, but spiritual teachers in Japan tend to charge something. Both Usui and Hayashi would have known this.

PM: And as we saw with Usui and his students offering Reiki treatment after the Tokyo earthquake, when there is a disaster or an emergency, there is not a fee for treatment.

PM: What did you learn from Mrs. Yamaguchi, your Reiki master, about fees and money?

HI: Mrs. Yamaguchi didn’t mention anything about money. When she said, “Okay, I’m going to teach you,” I asked how much should I pay. She said, “Never mind the money, I am happy to share Reiki practice with you.”

But I was not comfortable with that, so I offered a gift not in form of money, and she accepted. Then we were both comfortable.

Perhaps if not in the form of money, at least we can offer something as a gesture or token of appreciation and respect.

PM: Mrs. Takata lived in the Hayashi compound, where the family home and the Reiki clinic were located. What is the significance of that? How unusual was this arrangement?

HI: This was a very unusual arrangement, and a significant acknowledgment that Hayashi sensei considered Mrs. Takata to be a special student.

It means he found Mrs. Takata to be a very special person. That’s why he invited her to live with his family. That’s my understanding.

We will continue the conversation with Hyakuten Inamoto next week.

MAINSTREAMING REIKI webinar recordings are now available! Topics include:
How to Explain Reiki
Where’s the Proof?
What is Spirituality?

2 thoughts on “Reiki Healing and Money with Hyakuten Inamoto”