First degree self-Reiki has many health benefits. Daily self-Reiki helped guest-blogger and professional tap-dancer Hillary-Marie recovery from surgery faster than her surgeon expected. I’ll let her tell you the details. 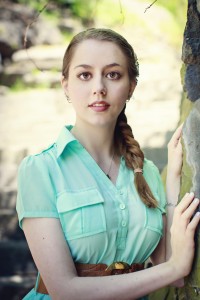 Self-Reiki Healed My Wrist
by Hillary-Marie

Before I had surgery to remove a ganglion cyst in my left wist, the surgeon said it would take a few months for me to fully heal and have the ability to bend my wrist at a 90-degree angle.

The ganglion was sitting between two joints, causing intense pain for more than a year. I tried addressing it holistically, but it would come back 6 months later, so I decided to have it removed.

I learned to practice First degree Reiki five months ago and have been doing my best to practice daily self-reiki since then.

After the surgery, I placed my right hand on my wrist maybe three times a day, including falling asleep with it there each night.

I often felt strong tingling and vibration, which encouraged me that my wrist was healing, and surprised me because there were about an inch of gauze and ace-bandage between the wound and my right palm.

When I had my post-op follow up with the surgeon ten days after surgery, I could bend my wrist almost 90 degrees in both directions, with no visible swelling. He was very impressed with how much my wrist had healed in just ten days.

I didn’t have a chance to tell him about my Reiki practice because the appointment was running very lately and I had to rush out the door, but I want to tell him at my next follow-up. I’m curious to hear his response.