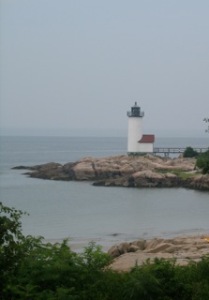 Reiki Healing Crisis left us with a natural medicine cliff-hanger.

People interested in natural medicine sometimes choose to receive four Reiki treatments on four consecutive days. On the third day, the client often feels sub par. Is that third-day discomfort a healing crisis? Is there a point at which discomfort might be a sign of danger?

In order to shed light on those questions, let’s clarify what a healing crisis really is, and what is meant by natural medicine.

The term healing crisis or healing response is used throughout natural medicine to refer to a very specific event that may or may not occur spontaneously as part of an overall healing process.

What is natural medicine?

Natural medicine is a broad category of healing practices that are based in tradition and which reach for naturally available substances for healing, rather than pharmaceuticals. Natural medicine is distinct from conventional medicine (the medicine practiced by physicians and nurse practitioners), which is based in scientific evidence. Distinct, not mutually exclusive.

Natural medicine uses holistic, non-tech healing practices to address the underlying imbalances that create an internal environment in which disease can occur.

The techniques used in natural medicine, while varied, all seek to engage the body’s self-healing mechanisms to remove imbalances and restore optimal health. A healing crisis sometimes occurs during that healing process.

Healing response is understood in natural medicine to be a usually brief period during which a client who initially felt improvement, then doesn’t feel so well. This temporary period of malaise occurs before improvement stabilizes.

What are the specifics of a healing response?

The malaise of a healing response falls into one or more of these categories:

The sequence that characterizes a healing crisis is:

A healing crisis is typically short. It may last a few hours at the end of the day and be gone by morning. Or it might last a day or maybe two. It will not usually be longer than that unless a more strenuous healing approach (such as fasting) is being used by someone with chronic illness (hopefully with proper supervision).

If the person’s symptoms do not fall into any of the categories above, and do not occur in the sequence described, the event is not a healing crisis.

Such situations need to be addressed differently than one would address a healing response.

Why might natural medicine lead to a healing response?

According to natural medicine, a healing crisis is a period in the self-healing process in which the system is cleansing itself of toxins.

If the person is basically healthy, with self-healing mechanisms functioning well, a healing crisis might still occur, but it will likely be mild. A person who is suffering symptoms is more likely to have a noticeable healing crisis.

How can we be sure it’s a healing crisis?

The symptoms of a healing response may be the same symptoms associated with the disease. This can be confusing. Alarming even.

Certainty about healing crisis is only available after the fact, once the client has emerged comfortable and healthier. That said, a hallmark of a healing response is that the person recognizes the experience as somehow beneficial and retains a sense of well-being despite the discomfort.

Someone experiencing a true healing response typically has an intuitive recognition that whatever is happening is part of a curative process and is not alarmed. This is true even for people who are usually anxious to manage symptoms. The wisdom inherent in the human system is asserting itself, and the enhanced awareness of the client is a sign of that process.

Want to stay in touch? Join my email list here!

33 thoughts on “What Is A Healing Crisis & What Is Natural Medicine?”