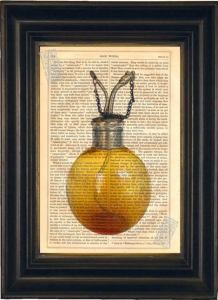 Conventional medicine: it’s all about pathology

For all the talk of prevention, conventional medicine remains overwhelmingly reactive rather than preventive; far more healthcare resources and effort are used to address disease and trauma than to support health and well-being. That is not going to change any time soon.

Conventional medicine has no model for health and well-being. All it has is the oft-quoted statement by the World Health Organization (WHO) that health is more than the absence of disease.

The scientific paradigm is based on the ability to measure objectively and replicate results. But how can conventional medicine measure “more than the absence of disease?”

Conventional medicine has few mechanisms to address the subtle components of health and well-being. It cannot notice something is going awry until the measurements are skewed to the threshold of pathology, at which point conventional medicine shifts abruptly into reactive mode.

By the time conventional medicine identifies an approaching train wreck in the human body, it’s rarely possible to prevent the wreck. Instead, the focus is on minimizing damage and prolonging life.

Traditional medicine: it’s all about function

Traditional, indigenous medical systems such as Ayurveda, Chinese medicine, Tibetan medicine, Native American medicine, and African medicine were used centuries before modern science was a twinkle in Descartes’s eye. Each system developed its own methodology and made use of what was locally available.

The primary goal of traditional medicine is to support balanced function throughout the human system so that the system’s self-healing mechanisms can maintain health. Disease treatment is secondary. Traditional practitioners gather information about their patients subjectively, without using technology.

Whereas conventional medicine gathers objective data and matches it to an appropriate standardized treatment, traditional medicine looks at each individual as a unique situation, customizing treatment accordingly.

Many traditional medical observations are obvious even to an untrained eye, such as the coloration of the tongue. Others — pulse-taking, for example — take a bit of training.

Traditional medical practitioners are taught to respect the body and observe with an attitude of watchful waiting, there to assist the body rather than override it. (In conventional health care, the training of midwives come closest to this perspective.) Traditional practitioners are taught to identify what the body is trying to do, and to work with that process as much as possible, gently redirecting rather than overriding the body.

Conventional cure is tied to a specific diagnosis which is tied to specific pathology; the absence of that pathology is seen as cure. The larger picture is largely ignored. A patient can be cured of a disease and still be very sick. In the worst case scenario, the patient dies from attempts to effect cure.

The traditional understanding of cure is more comprehensive. Traditional medicine has models and mechanisms to address those aspects of health that WHO refers to as “more than the absence of disease.”

Traditional medicine detects subtle imbalances in function that are the precursors of physical pathology. Variations in function are tracked not only as the body moves toward disease, but also as it moves away from disease and toward stable health.

Now we have some context in which to understand healing crisis, and we will continue to discuss what healing crisis means in the next article in this series.

Meanwhile, there is increasing collaboration among conventional and traditional health care professionals. Sometimes this collaboration happens in integrative medicine clinics, other times the patient chooses to see practitioners from both camps, without the practitioners communicating with one another. Patients often don’t inform their doctors of what else they are doing.

If you have collaborated in an integrative health care situation as a professional, or have chosen to address your health using both conventional and traditional approaches, please click here to share you story, especially what worked well, what didn’t, and how you would do it differently next time.

If you are interested in collaborating with conventional health care providers either in hospitals or through referrals from physicians, the Introduction to Medical Reiki recorded webinar will give you context and detailed strategy, and which you can access whenever you want, as often as you want. Please click here for more information.

The Antique Chloroform Esmarch’s Dropper Print shown above is from Forgotten Pages.

The Self-Reiki Badge is available in 33 different languages!

To show the world that you practice daily Reiki self treatment, grab your badge in your language here.

"You are an icon in the Reiki world. "
Jennifer Adams, Reiki master

"I am consistently inspired by your passion and clarity. Thank you for what you do. You help me do what I do better."
Lori-Lyn Hurley, Reiki master
Purchased: Mainstreaming Reiki

"I am happier at this moment, for having read your blog. What a blessing. I soaked up your words, thoroughly enjoying the sane, humane, well-informed, grounded and responsible voice you have always offered. What a relief."
Janet Kahn, PhD, LMT
University of Vermont, College of Medicine, College of Nursing & Health Sciences

Wishlist Member WooCommerce Plus - Sell Your Membership Products With WooCommerce The Right Way .