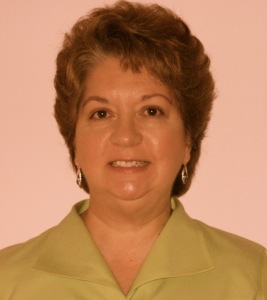 She introduced me to Ed as he reclined in a chair receiving IV medication, and the three of us talked for a few minutes.

Ed told me he feels fine once he’s away from the center, but very distressed whenever he’s there. He feels intense nausea, and finds all the sights, smells and sounds so upsetting that sometimes he has to leave his chair and walk around to cope with the anxiety.

Ed was extremely agitated as we talked, and moved constantly in his chair. His voice was high-pitched, and he seemed on the verge of tears as he shared his distress.

I agreed that a Reiki treatment might help, explaining that the treatment would likely allow him to relax, which might decrease or eliminate his nausea.

Ed reluctantly agreed, and I placed my hands lightly on his shoulders to start the treatment.

Within a few seconds, his breathing slowed and deepened, his body became still, and he stopped talking.

As I neared the end of the 20-minute treatment, he lifted his head off the chair a little. His eyes were tightly closed, his lips pressed tightly together.

I asked if he were okay. His “yes” was barely audible, and he lowered his head back to the chair and moaned.

After a few minutes, I lightly touched his arm to tell him the treatment was finished. His eyes were now softly closed, and he appeared to be sleeping. His deeply relaxed body had sunken into the chair, and his face was peaceful.

When I quietly asked how he felt, his eyes opened slightly as he said a quiet but enthusiastic, “Grrreat!”

He closed his eyes again. I asked if the nausea were gone, and he responded slowly, saying, “Yes. Thank you.”

I shared Ed’s comments with the social worker while I documented the treatment at the nurses’ station. She spoke to Ed and confirmed that his nausea was indeed gone and he was feeling deeply relaxed.

If you or someone you know is addressing cancer, I wrote a peer-reviewed medical paper that can help: Reiki Support for Cancer Patients. I encourage you to print it out and hand it to your oncologist and primary care physician.