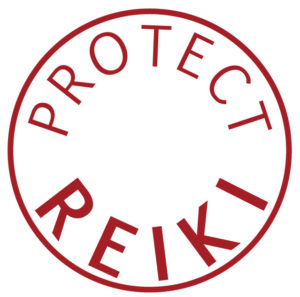 The Massachusetts Reiki licensing attempt seems to have ended, at least for the moment. MA legislators have decided to focus on other matters, and moved the bills to a further investigation and study order.

Of course, it’s possible the bills could be moved back to the floor, but that almost never happens. It seems the state legislature is uninterested in moving forward with licensing, at least at this time. Your testimony opposing the Massachusetts Reiki licensing bills made the difference. At the end of the first day of testimony, it was noted that 1500 emails had been received, mostly in opposition. Thank you to all who gave testimony to defeat the bills.

Healey recently announced she’s running for governor. That surprised no one who’s been following these events. So, yes, the person who’s made several attempts to require licensing for Reiki and a long list of other non-invasive healing practices could become the next governor of Massachusetts. If she became governor, Healey might pressure the legislature to reconsider and pass licensing.

Likely Healey’s been planning a run for governor for a while. Her political ambition could be why she took up the issue of sex trafficking, which is what she used as the justification for her licensing bills.

But sex trafficking is an entirely separate issue, one that needs to be addressed on its own. Law enforcement experts testified before the legislature that licensing healing practices would not stop sex trafficking.

Even though Healey did not succeed in her Massachusetts Reiki licensing attempts, the controversy has boosted her visibility. The press sees Healey as a strong candidate, which could be a problem for Reiki freedom. If you live in MA, please consider voting in the coming gubernatorial primaries and definitely in the November election. Here’s an updated list of everyone who’s running for governor in Massachusetts.

Your participation contributed to this win, and brought the licensing issue to the attention of many more people. Thank you! And let’s all thank Rita Glassman, the MA Reiki master who led the opposition.

Take a moment to celebrate, but please don’t be complacent. Other threats to our freedom to practice Reiki as we choose are in the works, and we need to prepare to thwart them as effectively as we did in Massachusetts.

And in case you’re wondering, I’ve seen no evidence that Big Pharma has initiated any of these licensing efforts. Why would they? There’s nothing about Reiki practice that interferes with pharmaceuticals, and patients generally look to Reiki practice to support, not supplant, their medical care.

There is, however, an on-going threat to your freedom to practice Reiki as you choose being orchestrated by someone who has Reiki training. That threat could erupt at any time and in multiple states simultaneously (this type of licensing is legislated at the state level).

We don’t want to wait until legislation appears to take action. What can you do?

“Never doubt that a small group of thoughtful committed individuals can change the world. In fact, it’s the only thing that ever has.” —Margaret Mead

Get to know your legislators

Then get on the phone or visit your official’s local office. Tell them concisely about the Massachusetts Reiki licensing attempts, and how strong community opposition was.

I know reaching out to your state legislators can seem intimidating. Please remember two things. First of all, your legislators and their staff are people too, people who have chosen public service.

That brings us to the second point: your legislators work for you. Help them do a good job by voicing your concerns. When there’s action to be taken, tell them what you want them to do. You’ll interact with a staff member who is trained to convey your wishes to your legislator. These people want your vote and while they usually don’t have a lot of time, they will welcome your comments.

Before reaching out to your elected state officials, prepare your remarks carefully so they are succinct. You could tell them you’re concerned about attempts made in several states to require licensing for non-invasive holistic practices that help people stay healthy, and ask if anything is brewing in your state.

When/if a bill turns up in your state, you can state simply that you want them to oppose that bill and perhaps give a brief, concrete statement of how Reiki practice has helped you maintain or recover your health, such as improving your sleep naturally so you rarely need sleeping meds.

Read my testimony opposing the Massachusetts Reiki licensing bills to get some ideas. And consider talking to your legislator about safe harbor law as advocated for by attorney Diane Miller (more below). 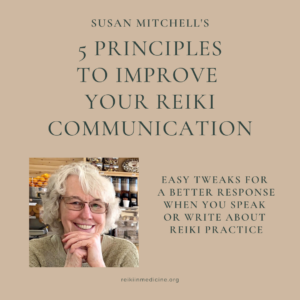 Susan Mitchell’s recent article will help you communicate effectively with your elected officials. And anyone else, really. Your doctor. Your family. Your best friend. Your mother-in-law.

Please read how Susan has made her Reiki communication more effective, and start using her principles. Susan’s made it so easy for you to talk about Reiki in a way that makes people want to know more.

The future of Reiki practice is in your hands, and in your ability to effectively communicate what you do — and what you don’t do. Reiki practitioners don’t do anything invasive, so what is there to regulate?

Another way to help

Mobilizing the community to oppose the Massachusetts Reiki licensing has taken effort, time and money. Even if you don’t have the time, there’s likely some amount of money you could donate to support your freedom to practice Reiki as you choose.

Reiki Unified, the organization Susan Mitchell and Rita Glassman founded to educate the Reiki community about this situation, has a GoFundMe. The Reiki Unified team have personally covered the cost of their efforts to date. That can only go so far. Please contribute what you can.

Being proactive with safe harbor law

Let’s use this momentum to create a national network of Reiki and other holistic practitioners who can quickly replicate the efforts that stopped the Massachusetts Reiki licensing, as soon as other threats arise. Once bills are introduced to a state legislature, time is of the essence. We need to be ready to take action.

But as we poise ourselves to oppose unnecessary regulation of Reiki and other non-invasive holistic practices, you could work to promote safe harbor legislation in your state. Safe harbor law protects consumer access to non-invasive health practitioners. The extent of protection varies among states.

Currently, eleven states have passed some form of safe harbor legislation: Idaho, Oklahoma, Minnesota, Rhode Island, California, Louisiana, New Mexico, Arizona (limited to homeopaths only), Colorado, Nevada, and Maine. Consider getting involved in the movement to pass safe harbor law in your state. While safe harbor law can’t completely protect against licensing efforts, it is a deterrent, and it protects practitioners against being prosecuted for unlawful medical practice (a felony in New York state).

Thank you for your dedication to our practice and our freedom. Let’s continue working together to Protect Reiki.